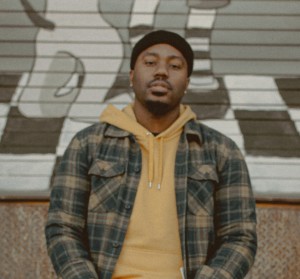 As Jeremy has progressed in his career he’s worked alongside Creative Director & Master Choreographer, Fatima Robinson to create magical moves for The 2019 BET Awards opening number with host Regina Hall, James Funk, and Sugarbear and currently for the upcoming Coming To America 2 feature film!

Jeremy believes that all creatures should be approached with vision and passion which has led him to be the visionary and founder of the annual Atlanta event “Behind The Movement.” “Behind The Movement” is a dance showcase that trains up and coming talent and raises funds to benefit youth in the dance community. This year, Jeremy incorporated a well-attended intensive, hosted by industry-leading choreographers. Alongside the intensive, the overall showcase was a major success. Aside from his humanitarian efforts, Jeremy also choreographs for the multiple national award-winning, Dance 411 Performance company and teaches regularly at Dance 411 Studios. Starting from humble beginnings, Jeremy Green has now grown to have one of the largest classes at the studio.

If you are looking to take your upcoming projects to the next level, book Jeremy Green today at JeremyGreen@411South.com! Jeremy is available for: Custom Choreography, Music Videos, Artist Development, Films, Commercials, Industrials, & much more!