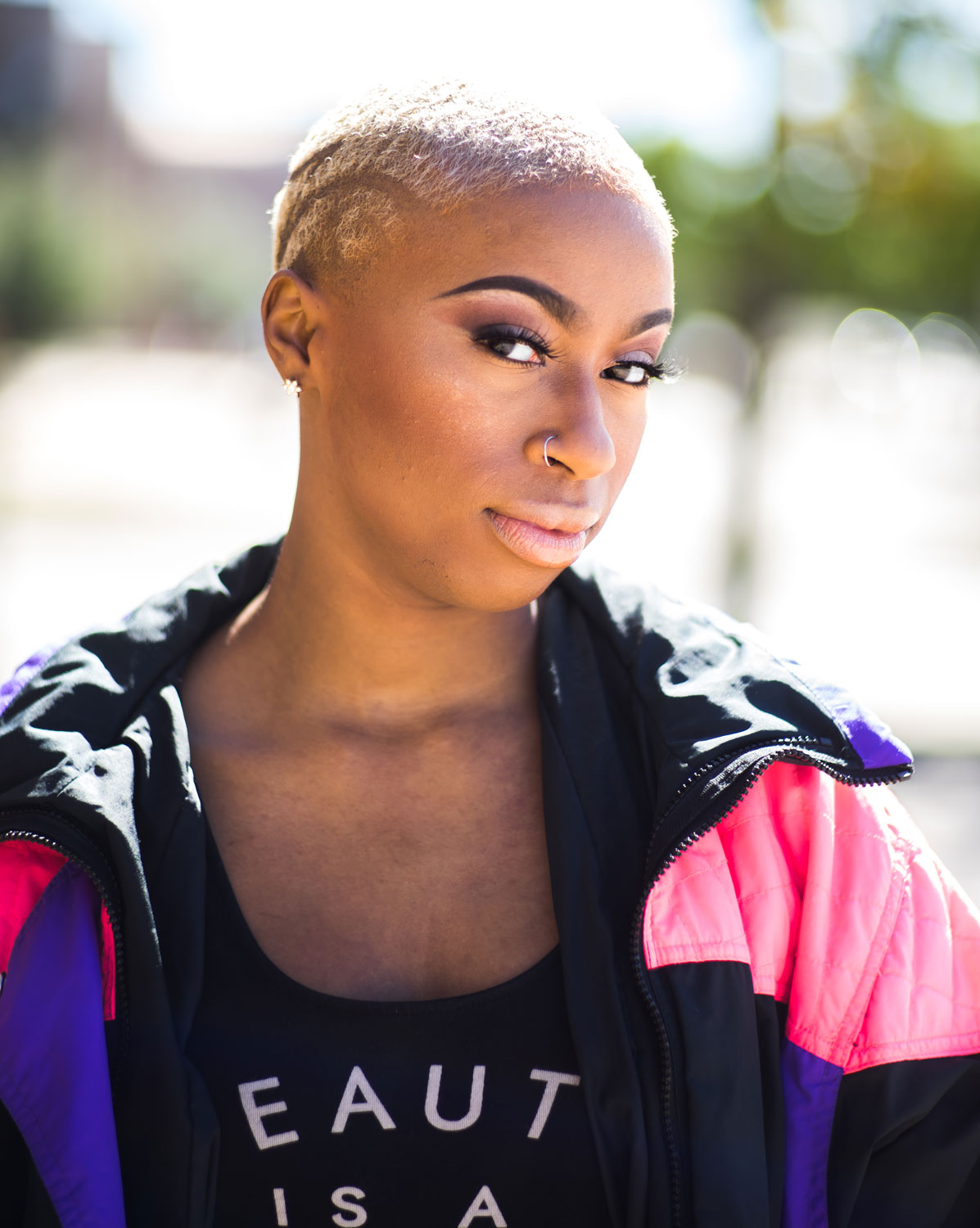 Rachel Gladney is a college graduate – turned professional dancer from Chicago, IL. She attained a Bachelor of Arts Degree in African American Studies with a minor in Psychology from Northwestern University in 2015. When her head was not in the books she was training in house, footworking, contemporary, Afro-Caribbean movement, waacking, voguing, and any movement she could get her hands on. It wasn’t until 3 years post-graduation, that Rachel finally decided to pursue her dreams of dancing professionally. She signed with 411 South Talent in October of 2018, and since then, her life has taken a beautiful and exciting turn. She will be appearing as a “Get Off” dancer in the movie, “Coming to America 2” in 2020. She has performed with the legendary artist: Lil’ Kim,  and various other artists who include: Jagged Edge, Naughty by Nature, Keke Wyatt, Rick Ross, DaBaby, and many more. She has danced on live and competitive stages such as the BET Hip Hop Awards, NBA’s Pic3 Halftime Show, and World of Dance Dallas. She appeared in BET’s upcoming television series, “American Soul” and has worked with industry choreographers: Jeremy Green, Rosero McCoy, Diddi Emah, Codie Wiggins, Sean Bankhead, Fatima Robinson, and Sophia Aguiar.  Whether it be West African or Bachata, New Orleans Bounce or Chicago Stepping, Twerking or Modern,  Rachel’s wide range and knowledge of movement continues to be a rising factor in her success . She enjoys incorporating power, energy, and knowledge into any dance space she inhabits and hopes to inspire others to do the same.

Swinging all 34" of baldness 😂😂. @shemeka.ann thank you for allowing me to have this moment. The first 8 count alone is a push beyond words. Lol little does she know y'all that I have a "goals" jar, where I write my goals on little pieces of paper and stick them inside. Earning a solo was in the jar, so you can imagine both my excitement and my anxiety when she called me to dance this combo solo. I blacked out in the best way. It's such a waste of time being anyone but ourselves. We all have something to offer, and everyone in that room danced beautifully. Should I share the ending? Psshh I'm gonna do it anyway 😂😂😂. Thank you Shemeka! Song: @therealtank | Dirty @411southtalent #411southtalent #altanta #peach #dancer #baldie #heels #choreography

Solos are so NERVE-WRECKING for me but I pushed through this combo. It was a FIGHT okay?! When @evanxmiller told me to go by myself, it felt like the blood was leaving my body lol. I became more confident as the piece continued and at no point was my face NOT doing something ugly or wild. 😂😂😂. I secretly want solos but sometimes forget what is required of oneself while doing them. Dancing someone else's choreography in a room full of people, filling up the space with YOUR energy ALONE takes a lot of grit. And then to actually remain oneself, while retaining the integrity of that choreography takes skill. Enjoying that special moment in time takes patience. And loving yourself through the little mistakes you see takes perserverance. Yes, all of that from a Cardi B combo. I watched myself about 1,000 times, picking out every mistake in fine detail. I would wince and chastise myself until I decided that I'd share anyway…because when met with a challenge that truly scares me, I went for it <3 I may very well delete this, but I'm feeling bold. Grit. Skill. Patience. Perseverance. Working on those everyday. Thank you Evan, thank you always.