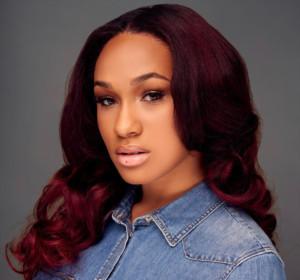 Ammaya Destiny is a proud Los Angeles, California native. She moved to Atlanta at the age of six where she was discovered by AGI Performing Arts and continues to train. She could dance before she walks and acting came naturally. Ammaya has studied acting, singing and has training in all forms of dance including contemporary- Modern, hip-hop, jazz, ballet and African just to mention a few.

At the age of 13, she was featured in hit musicals, Face the Music in Atlanta which lead her back to Los Angeles to pursue her career and advance her training. While in Los Angeles she trained at Millennium, Boogiezone Utopia and Los Angeles Ballet Company. After graduating, she decided to make Atlanta her permanent home where she recently began training at Dance 411 Studios. In just a few months Ammaya has been recognized as a force to be reckoned with.

Ammaya has been said to be electrifying and “fire” on stage. She has received several scholarships, including one from television personality Wayne Brady to Hollywood Launch. More recently, Ammaya was a lead role in the new BET series “ American Soul” as a Honey Cone. As well as, performing with Megan Thee Stallion at the 2019 BET HIP HOP Awards. She has worked with choreographers such as the Fatima Robinson, Jeremy Green, Sean Bankhead and Meagan Nugent.

Ammaya loves giving back, being a positive role model and is working on her Non-profit organization, “Comfort in the Clouds,” a foundation geared toward clothing, feeding and helping the homeless. Whether she is dancing, acting or singing Ammaya is destined for Stardom. Oscars, Emmys and Grammy’s are definitely in her future. 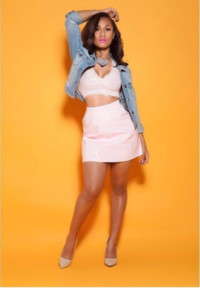 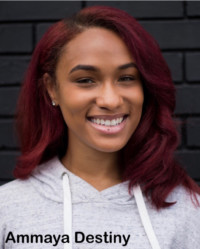 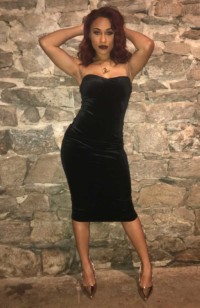 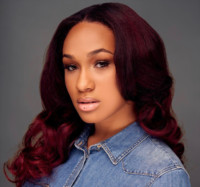